By using the body's own immune system to kill tumor cells, immune cell therapy is anticipated to be a breakthrough strategy to cure many types of cancer. Among them, chimeric antigen receptor T-cell immunotherapy (CAR-T) has achieved remarkable results in the treatment of various hematological malignancies. As of 2022, seven CAR-T cell therapy products have been launched globally, including three in China.

The long journey of every CAR-T cell therapy begins with steady steps in performing basic research designed for repeatability. The research process generally includes CAR molecule design, lentiviral packaging, CAR-T cell construction, in vitro and in vivo killing assay, cytotoxicity tests, and more. In order to build effective and stable CAR-T cells, many factors need to be fully considered, such as rational design of CAR molecular structure, the exploration of T cell transfection conditions, identification of CAR-T cells, and confirmation of purity and potency.

Based on over 16 years of research experience developing cell and animal models for tumor immunology research, Cyagen offers a one-stop service platform for in vivo and in vitro CAR-T cell therapy research. Available to researchers worldwide, our platform includes scFv sequence screening, CAR molecular design, and full-process services to develop the foundational research for your CAR-T cell therapy. These comprehensive services help streamline the efficiency and accuracy of CAR-T/NK research and related fields. You are welcome to contact us at 800-921-8930 or email to animal-service@cyagen.com for free project consultations. 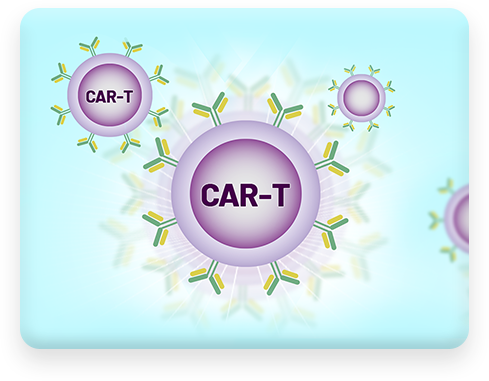 For CAR-T cell therapy, the CAR molecule is the key to the effectiveness of the treatment. The CAR molecular structure includes antibody single-chain variable regions and hinge regions that recognize tumor antigens, as well as intracellular co-stimulatory domains and signaling domains. The rationality of its design will affect the killing effect, in vivo persistence, and security etc. Therefore, for different tumor therapeutic targets, we need to design reasonable and effective CAR molecules and package them into CAR lentiviruses for subsequent construction of CAR-T cells.

The lentivirus purification solution expressing CD19 antigen was serially diluted (0.01, 0.1, 1, 10 μl), and added to the same number of 293T cells respectively. After 72 hours, the positive rate of 293T cells was detected by flow cytometry, and then calculated according to the following formula for Transduction titer of a virus: 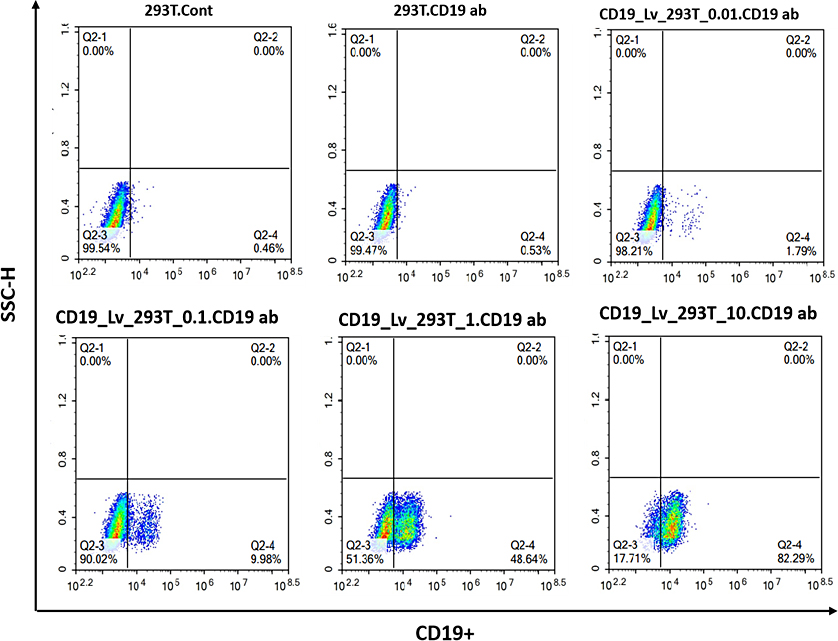 As shown in Figure 1, the number of CD19 antigen-positive cells gradually increased with the increase of the transfected virus gradient, indicating that the lentivirus has good infectious activity, and the virus titer was calculated according to the above formula: 1.4×108 Tu/ml. 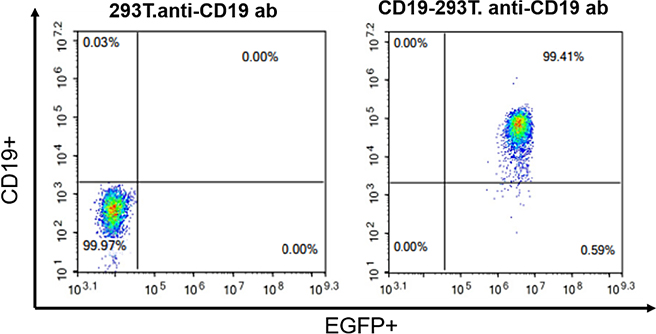 We built a second-generation classic CAR molecule designed for the CD19 target into a lentiviral vector, and packaged CD19-CAR lentivirus. The virus titer was detected by the above method, and the calculated viral titer was: 4.33×108 Tu /ml.

Figure 3. Molecular structure of CD19 CAR, in which the VH and VL sequences are derived from the CD19 antibody FMC63 clone. 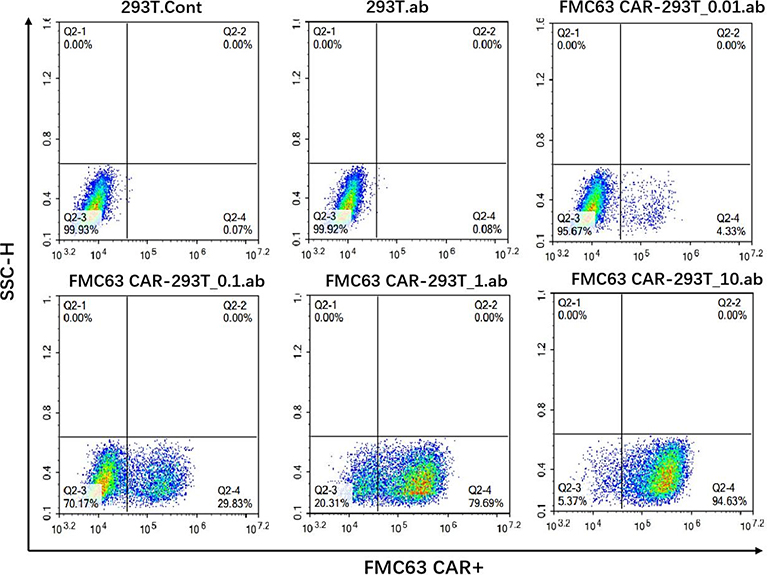 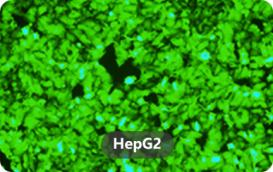 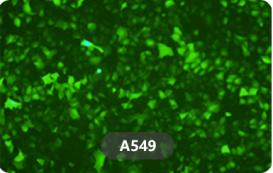 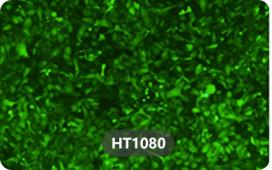 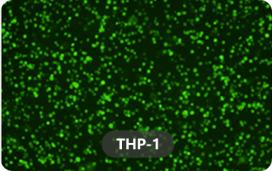 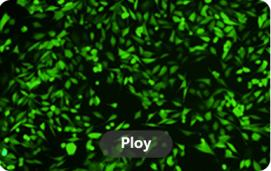 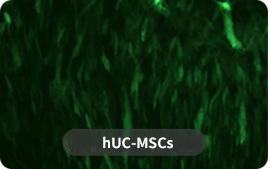 Figure 5. Effects on other cells infected with lentivirus.

After completing the packaging of the CAR virus, the next step is to transfect T cells to obtain CAR-T cells. We have established two different high-efficiency T cell preparation methods, both of which can produce high-purity T cells (the proportion of CD3+ cells can reach more than 98%), but the proportions of different subtypes of T cells expanded by the two are quite different.

The T cells amplified by Method 1 are mainly CD8+ T cell subtypes, while Method 2 can amplify T cell populations with small differences in the proportions of CD8+ T cells and CD4+ T cells. Both approaches provide a solid foundation for studying the role of different subtypes of T cells. 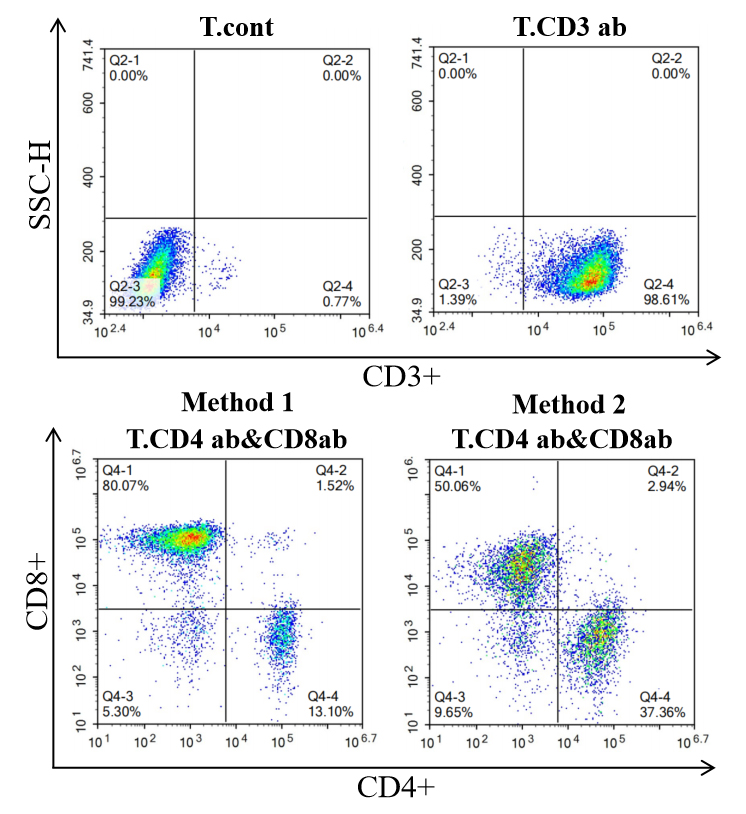 Lentiviruses (LVs) are an important gene delivery tool for constructing CAR-T cells. Many factors will affect the positive rate of CAR-T cells, such as differences in T cell activation and expansion methods, transfection times, and more. We have successfully established an efficient CAR-T cell production process based on lentiviral transfection through optimization of various experimental conditions. 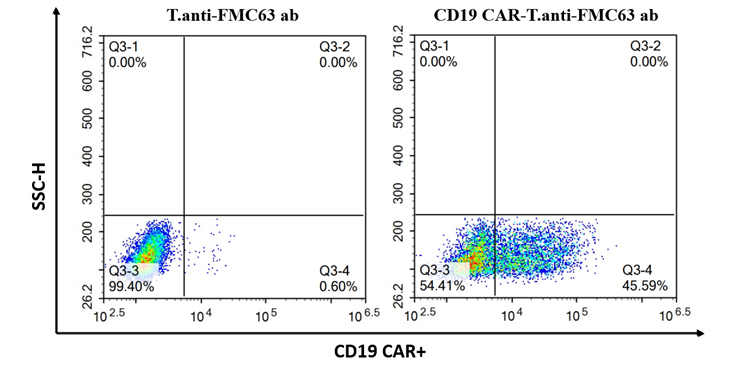 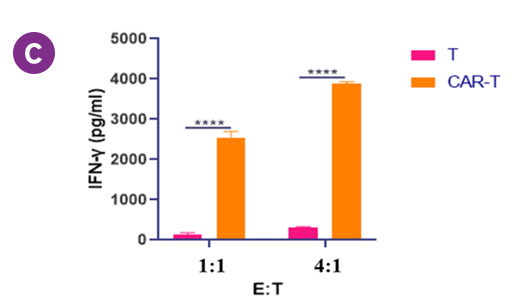