A Method to Study the Mechanisms of Gene Regulation

Exposure to endocrine-disrupting chemicals (EDCs) in the environment could impair men's reproductive function. These EDCs are commonly found in pesticides and herbicides, and can be released into the environment via the leakage of food packing materials, or degradation of industrial waste. EDCs can reach steady concentrations in human tissues and blood, and some studies have found that they mimic steroid sex hormones and can lead to endocrine disorders in humans. Dioctyl phthalate (DEHP) is a widely used environmental endocrine disruptor which has been shown to lead to male reproductive dysfunction. Epidemiological studies have shown that DEHP exposure can reduce the quality of male sperm. Exposure to DEHP during pregnancy can induce cryptorchidism and hypospadias in offspring. However, the exact mechanisms of testicular cell dysfunction induced by DEHP exposure have not been fully clarified.

In December 2021, Shengde Wu’s group from the Department of Urology, Children's Hospital of Chongqing Medical University, published in a paper at Journal of Hazardous Materials, entitled Di-(2-ethylhexyl) phthalate exposure leads to ferroptosis via the HIF-1α/HO-1 signaling pathway in mouse testes. The primary author of the paper is Yuhao Wu.

●In vitro and in vivo experiments verified that DEHP exposure can cause testicular damage.

To verify if DEHP exposure caused prepubertal testicular injury, male mice were given DEHP by oral gavage for two weeks before puberty. Then researchers noticed exfoliated germ cells in the tubular lumen and fewer layers of seminiferous tubules through HE staining. They performed RNA-seq to screen differentially expressed genes (DEGs) between the control and non DEHP groups. GO analysis revealed that DEGs were enriched in oxidative stress- and iron metabolism-related GO terms. KEGG analysis revealed that DEGs were enriched in the ferroptosis pathway. In addition, the glutathione metabolism pathway, which is closely related to ferroptosis, was also enriched. Next, the researchers carried out a series of experiments, and the results were consistent with the analysis of RNA-sequencing. Collectively, they found that prepubertal DEHP exposure caused testicular injury, which might involve both ferroptosis and HIF-1 signaling pathways.

After verifying the correlation between DEHP and testicular injury in vivo, researchers further verified with in vitro experiments and found that the results were consistent with the in vivo. MEHP (MCE, HY-W018392, USA), a major bioactive metabolite of DEHP in vivo, was used for TM3 Leydig and TM4 Sertoli cell treatment in vitro to gain further insights into the molecular mechanisms of DEHP toxicity. It indicated that MEHP exposure accelerated the death of TM3 Leydig and TM4 Sertoli cells. To discover the underlying mechanisms, they performed RNA-seq to screen DEGs between the control and MEHP groups. Gene ontology (GO) analysis revealed that DEGs were enriched in oxidative stress and iron homeostasis-related GO terms. KEGG (Kyoto Encyclopedia of Genes and Genomes) analysis revealed enrichment of DEGs in ferroptosis and HIF-1 signaling pathways and the glutathione metabolism pathway. Therefore, the in vitro experiment showed that ROS in Leydig cells and Sertoli cells were significantly increased after MEHP exposure, and altered expression patterns of genes related to iron metabolism including Hmox1, increased concentrations of ferrous iron, and abnormal mitochondrial morphology.

Through the above experiments, researchers found a gene related to testicular injury, HIF-1α, and initially discovered its regulatory mechanism. To further determine whether MEHP-induced ferroptosis in a HIF-1α- dependent manner, they knocked out Hif-1α in Leydig and Sertoli cells for subsequent experiments. Deletion of Hif-1α in TM3 Leydig and TM4 Sertoli cell lines was accomplished by Cyagen. Using Sanger sequencing and PCR, we verified the successful knockout of Hif-1α in Leydig and Sertoli cell lines. Western blotting also verified successful knockout of Hif-1α at the protein level. 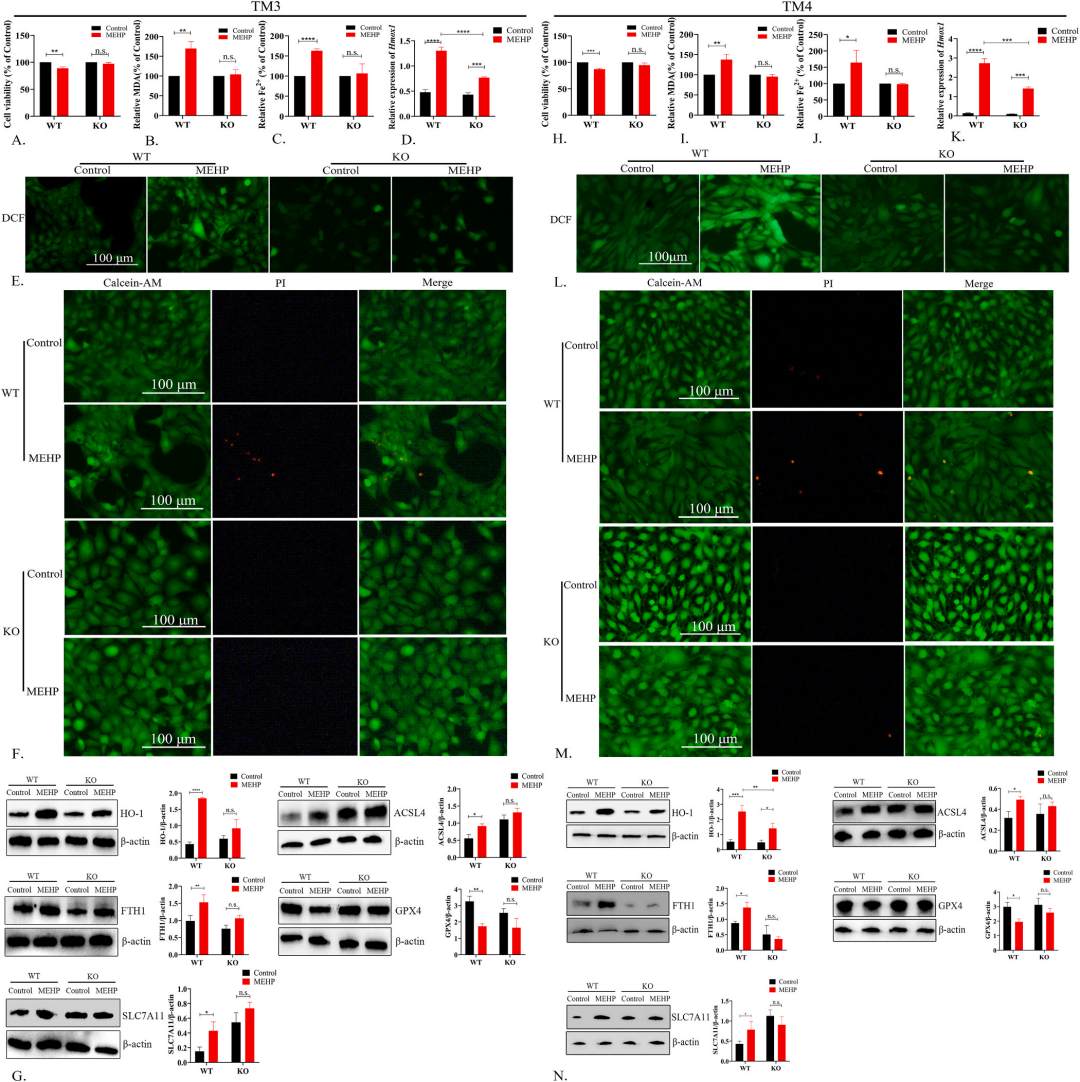 This study revealed that the HIF-1α regulatory gene is related to testicular cell dysfunction through a combination of MEHP exposure phenotype analysis, RNA-Seq analysis, and ChIP-qPCR analysis, etc. They found its regulatory mechanism, MEHP (a major bioactive metabolite of DEHP in vivo), can inhibit PHDs, affect the accumulation and stabilization of HIF-1α, lead to the translocation of HIF-1α to the nucleus, and induce HIF-1/Hmox1 in Leydig and Sertoli cells. When combined, the expression of HO-1 is upregulated. Overexpression of HO-1 leads to ferrous overload, accumulation of ROS, and ultimately ferroptosis, impairing the activity of Leydig and Sertoli cells. This result was further verified in HIF-1α knockout cell lines.

Rigorous research requires a complete experimental process. Generally, omics analysis is used to scientifically screen genes and obtain various experimental results that need to be mutually verified. Knockout is still one of the routine strategies for gene function research, and a successful knockout cell line is crucial to verify the accuracy of the results. 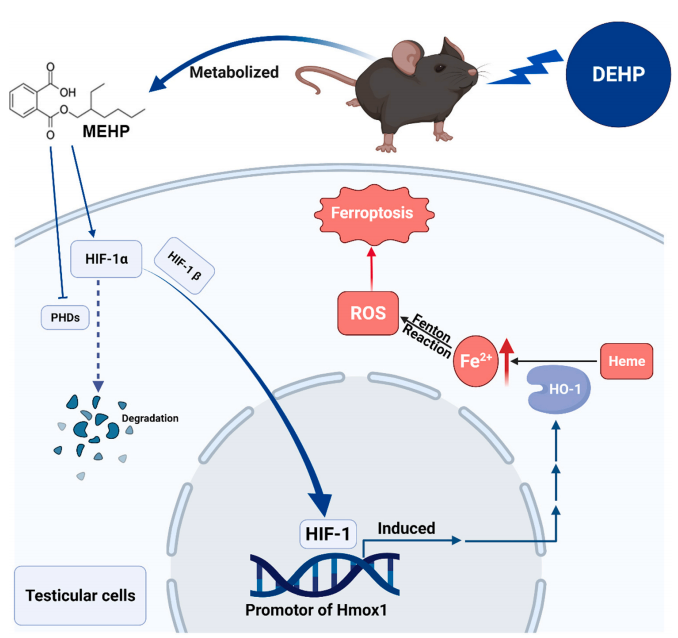