Do You Know About Gene Therapy Research?

How does gene therapy work?

What is Gene Therapy?

Gene therapy aims to treat or cure genetic diseases through the introduction of foreign, normally-functioning genes into target cells to correct or compensate for defective or abnormal genes. For a long time, traditional large/small molecule drugs mainly act on protein targets, which has limited its indications and ability to effectively exert the therapeutic effect. This is especially true for genetic diseases, where genetic factors occupy the main cause of disease. The number of people suffering from such gene-related diseases is actually quite large, even though most genetic disorders are considered rare diseases. For example, in our traditional understanding, the number of patients with each rare disease should be very small, but the collective number of patients worldwide has reached 350 million, of which about 80% are directly caused by genetic mutations.

The current treatment methods are limited for these rare genetic diseases, they are all treated from the perspective of improving symptoms and cannot be cured. The patient's illness will continue to worsen and seriously affect the quality of life, and even eventually leading to death. In this context, gene therapy came into being, which can treat diseases from the root cause. Although gene therapy has related clinical application cases as far back as 20 years ago, over the past five years it has been widely studied and many clinical trials have started. According to comprehensive analysis data from many authoritative organizations, the global gene therapy market has grown from US$440 million in 2018 to US$2.07 billion in 2020, and is predicted to grow rapidly to US$30.53 billion in 2025. More than a million people could be eligible for gene therapy in the next 15 years. The conversations researchers have today, both with the general population and with their patients, may ultimately determine how the field evolves. With the right support, gene therapy could revolutionize medicine and public health.

The selection of gene delivery tools is a key part of gene therapy, as the final effect of drugs in the human body depends to a large extent on a stable and efficient delivery system. At present, the commonly used vectors for gene therapy include viral vectors and non-viral vectors. Due to its wide host range and long action time, viral vectors are more and more widely used in gene therapy research. Viral vectors can perform operations such as overexpression, interference, knockout, and endogenous activation of coding or non-coding genes. Commonly used virus tools include adeno-associated virus (AAV), adenovirus (ADV), and lentivirus (LV), among which, adeno-associated virus (AAV) is currently the most widely used delivery vector for in vivo gene therapy. This is primarily due to AAV-mediated gene editing presenting good tissue specificity, low immunogenicity, and high safety for in vivo applications.

How does AAV achieve the expression of the target gene? First, the capsid protein of AAV can recognize each other with receptors on the host cell surface, and then the internalization of the virus is triggered by clathrin-mediated endocytosis. The AAV virus entering the cell causes a conformational change in the VP1/VP2 region due to the change of the intracellular pH value, and is then drawn into the nucleus. The viral inverted terminal repeat (ITR) present in the AAV genome can drive intermolecular or intramolecular recombination to form a circular episomal genome that can persist in the nucleus and be expressed for a long time in the cell. 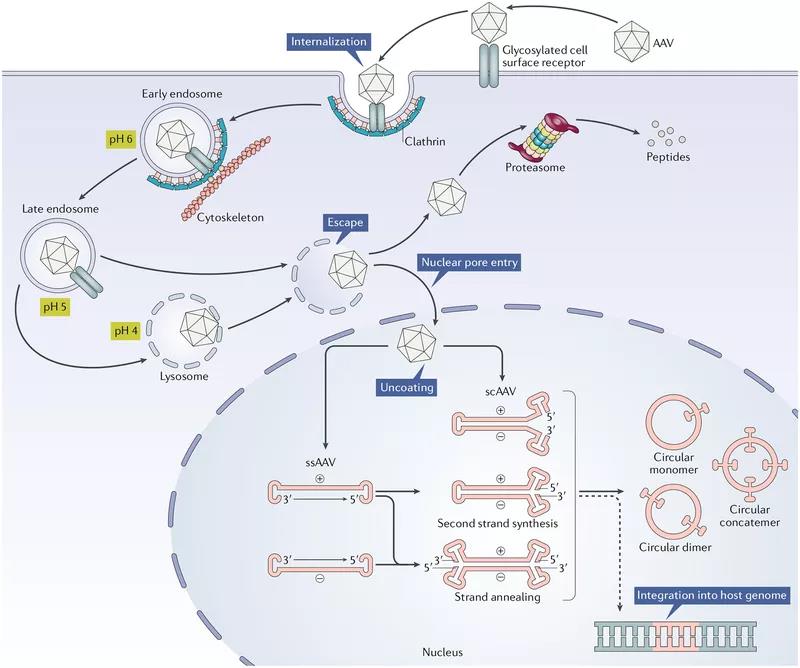 Figure 2. The process of AAV infection of host cells [2]

Choosing corresponding treatment strategies for different diseases is a crucial step in the development of gene therapy.

At present, there are three main treatment strategies in gene therapy:

1. Gene overexpression strategy refers to the introduction of normal genes or genes with therapeutic effects into patients through viral vectors. This strategy does not change the patient's inherent gene sequence, and the effect is better. Gene therapy products currently on the market or in the clinical stage mostly adopt overexpression strategies.

3. Gene editing strategies involve manipulation of the native gene sequence, and aim to treat the numerous genetic diseases caused by gene mutations. Simple overexpression or interference cannot achieve therapeutic effects, but requires the use of gene editing technology to intervene in disease-causing genes. However, due to the problems of editing efficiency and off-target potential, there are still many issues to be solved in this strategy. 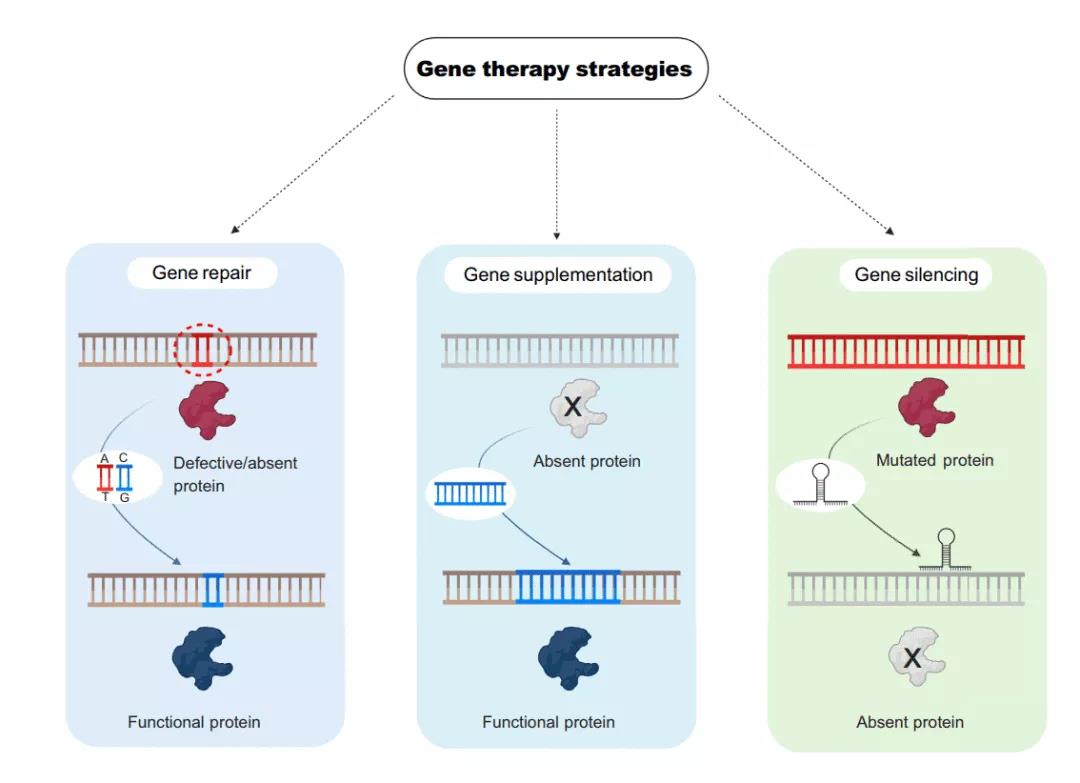 Although every gene therapy drug must go through preliminary research and development, IND application, expansion of production, clinical trials and other processes, it remains very different from traditional large/small molecule drugs. From the initial design of the treatment strategy to the final product approval, the various research stages are very different between traditional drugs and gene therapies. For example, the particularity of gene therapy delivery methods has led to significant changes in its development process compared to traditional drugs. In the preclinical research phase of gene therapy, every researcher must consider the following core issues:

These issues involve the identification of therapeutic targets, the selection and design of therapeutic vectors, the construction of disease models, and the evaluation of therapeutic effects. As a comprehensive solution provider, Cyagen has established a multi-in-one gene therapy innovative CRO platform service network. In the past ten years, Cyagen has accumulated a large amount of genetic information. The continuous deep cultivation of model animals has also allowed us to be at the forefront of the industry in terms of gene editing technology. Combined with our in-depth exploration in the field of artificial intelligence, we can provide a one-stop overall solution for efficient gene function analysis and gene therapy.