In March 2022, the team of Professor Lili Zhou from Southern Medical University in China published a paper entitled “β-catenin-controlled tubular cell-derived exosomes play a key role in fibroblast activation via the OPN-CD44 axis” in the Journal of Extracellular Vesicles, the top impact factor (IF=25.841) journal in the field of exosome research.

This study found that exosome-mediated activation of the OPN-CD44 signaling axis is controlled by β-catenin signaling and plays a key role in renal fibrosis.

Chronic Kidney Disease (CKD) is characterized by the gradual loss of renal function and progression of renal fibrosis, and is a high-risk factor of end-stage renal disease (ESRD).

Tubular injury and peripheral fibroblast activation are the hallmarks of chronic kidney disease (CKD), suggesting intimate communication between the two types of cells. However, the underlying mechanisms remain to be determined. Exosomes, extracellular vesicles which play a role in shuttling proteins and other materials to recipient cells, may be involved.

Osteopontin (OPN) is an extracellular matrix glyco-phosphoprotein. Through binding with its receptor CD44 and integrin β3, OPN mediates cell adhesion, proliferation, invasion and apoptosis, and plays a role during tissue fibrosis. Full-length OPN has a molecular weight of approximately 70 kDa. In the diseased state, full-length OPN is often cleaved into an N-terminal fragment (∼50 kDa) and two C-terminal fragments (∼18 and ∼16 kDa). N-OPN could be the major active form to trigger a series of pathological changes. However, the role of N-OPN in kidney injury has not yet been investigated. Furthermore, the underlying mechanisms and modulating signals are poorly understood. To determine the potential role of β-catenin in regulating OPN/CD44 axis signaling in renal fibrosis, researchers generated conditional knockout mice in which the β-catenin gene is specifically disrupted in renal tubules using the Cre-loxP system. Tubule-specific β-catenin conditional knockout mice (Ksp-β-catenin−/−) were created by mating β-catenin floxed mice with Ksp-cre transgenic mice, which were purchased from Cyagen Biosciences. This approach generated a UUO model of renal fibrosis, which was evaluated with western blotting, immunofluorescence, immunohistochemistry, transcriptome sequencing, extraction of exosomes and other methods to confirm that deletion of β-catenin can alleviate renal fibrosis. β-catenin is an effective controller of exosomal OPN/CD44 axis signaling. 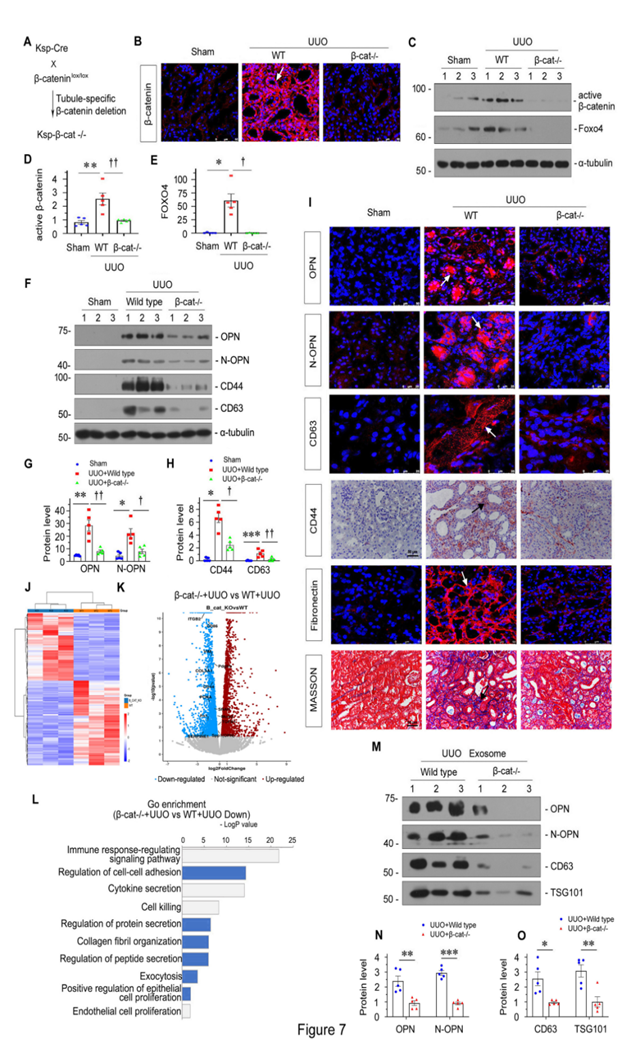 To discern the role of CD44 in renal fibrosis, Cyagen constructed global CD44 knockout mice (CD44−/−) for theresearchers. The efficacy of CD44 knockout was confirmed in the UIRI model (one of CKD models) by both immunohistochemistry and western blotting. To test the role of CD44 in renal fibrosis, we used Masson staining, western blotting and immunofluorescence, RNA sequencing to confirm that knockout of CD decreases kidney fibrosis in the UIRI model. 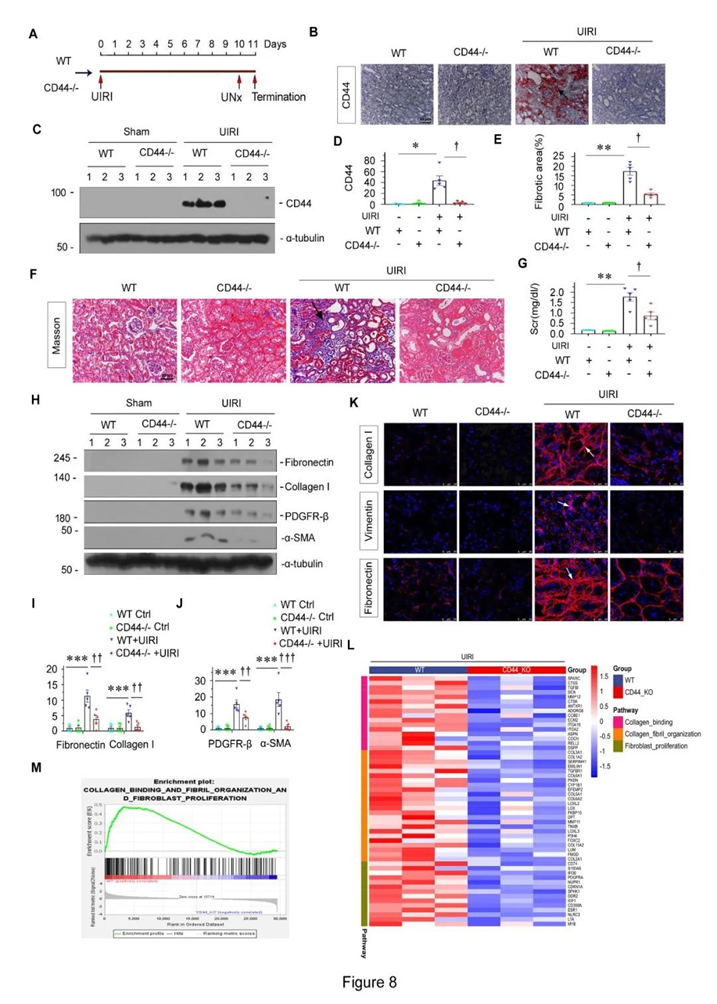 With tubule-specific β-catenin conditional knockout mice (cKO mice) and CD44 knockout mice, the study reveals the mechanism of β-catenin regulating OPN/CD44 axis signaling in renal fibrosis. β-catenin is a master controller for tubular cells and interstitial fibroblast communication, which promotes exosome secretion and OPN expression in injured tubular cells. OPN is encapsulated in tubular cell-derived exosomes, and then transferred to interstitial fibroblasts and induces myofibroblast activation through binding to its receptor CD44, and urinary N-OPN serves as an indicative marker for CKD progression and renal fibrosis. 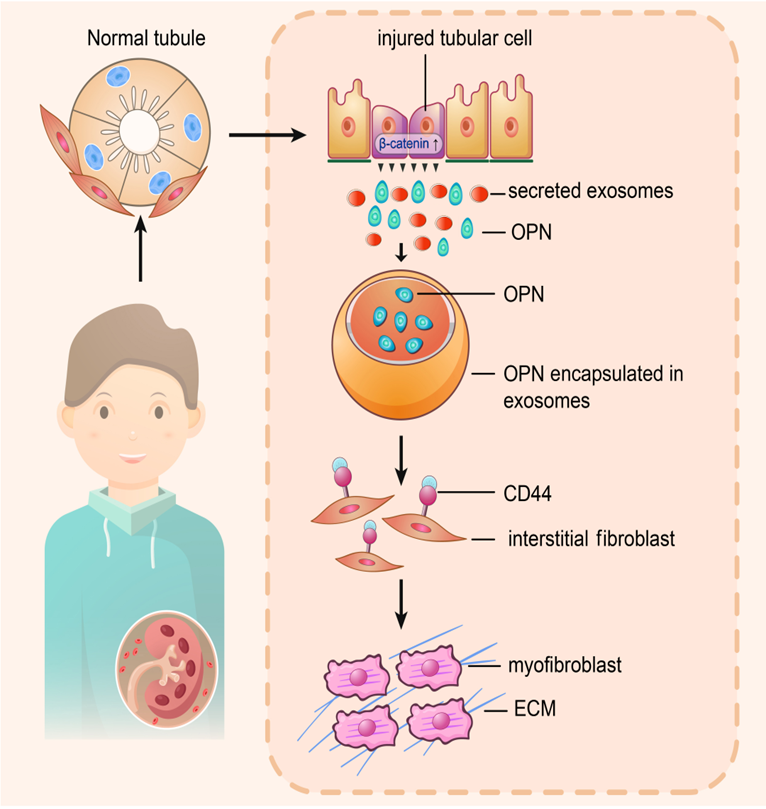