In the previous article, we shared some of the rare diseases related to the INPP5E gene and introduced the molecular mechanisms INPP5E mediating cilia assembly and function. In this article, we focus on the research methods and tools used to study these mechanisms, such as gene-edited Inpp5e mouse models. To study the mechanisms that are largely unknown, researchers use gene knockout or down-regulation to regulate the expression of mouse Inpp5e gene. Specifically, how did they generate the mouse model and what phenotypes do these mice have?

Previous studies have shown that INPP5E mutations cause primary cilium signalling defects, ciliary instability and ciliopathies in humans and mice. Researchers generated Inpp5eD/+ mice and obtained no adult Inpp5eD/D mutant mice from intercrosses between Inpp5eD/+ mice. Here, they report that mice deficient for the lipid 5-phosphatase Inpp5e develop a multiorgan disorder associated with structural defects of the primary cilium. In ciliated mouse embryonic fibroblasts, INPP5E is concentrated in the axoneme of the primary cilium. INPP5E inactivation did not impair ciliary assembly but altered the stability of pre-established cilia after serum addition.

A targeting vector containing the first loxP site inserted in intron 6 of the murine Inpp5e gene as well as a second loxP site and a neomycin-resistance cassette (neoR) flanked by FRTsites inserted in intron 8 of the same gene was constructed. Briefly, screening of a lKO-2 129/SvEvBrd mouse genomic DNA library in a l phagemid with a 510-bp radiolabeled genomic DNA fragment encompassing exon 6 of the murine Inpp5e gene as a probe yielded two positive l clones with a B12-kb genomic DNA fragment containing both introns 6 and 8 of the Inpp5e gene. In a first round of recombination, one of the l clones was used to infect SCRN10 bacteria containing the pML179-loxP-tetR-loxP plasmid in order to insert the loxP-tetR-loxP DNA fragment in intron 6 of the gene. Infection of JM107-RS bacteria with the resulting recombinant l phagemid yielded the corresponding recombinant plasmid. In a second round of recombination, 294-Cre bacteria, which constitutively express the Cre recombinase, were electroporated with the above recombinant plasmid to eliminate the tetR cassette and one of the loxP sites from the plasmid, leaving a unique loxP site in intron 6 of the construct. Then, in a third round of recombination, the loxP-FRT-neoR-kanaR-FRT DNA fragment was inserted in intron 8 of the Inpp5e gene fragment present in the plasmid by electroporation of pML104/ DH10B bacteria (Supplementary Fig. 1). The linearized plasmid was electroporated into R1 ES cells, and neoR ES cell clones were isolated after 6 d of culture. ES cell clone DNA was analyzed by PCR and DNA blotting to detect homologous recombination events (Supplementary Fig. 1). Chimeric mice were obtained after aggregation of positive ES cell clones with CD-1 morulae. Chimeric mice that transmitted the modified Inpp5e allele to their progeny were crossed with PGK-Cre- or PGK-Flp-recombinase–transgenic mice to generate Inpp5eD/+ and Inpp5eflox/+ mice, respectively. For conditional inactivation of Inpp5e in adult mice, Inpp5eflox/+ mice were crossed with CAGG-CreERTM tamoxifen-inducible Cre mice, where the Cre recombinase is downstream of the chicken Actb (b-actin) promoter and cytomegalovirus (CMV) major immediate-early (MIE) enhancer 25. Mice 4-weeks-old were intraperitoneally injected with 9 mg tamoxifen per 40 g body weight per day for 5 consecutive days. Sequences of the PCR primers to detect the wild-type, loxP-flanked and DInpp5e alleles are available on request. All mouse studies were authorized by the Animal Care Use and Review Committee of the Universite´ Libre de Bruxelles. [1] 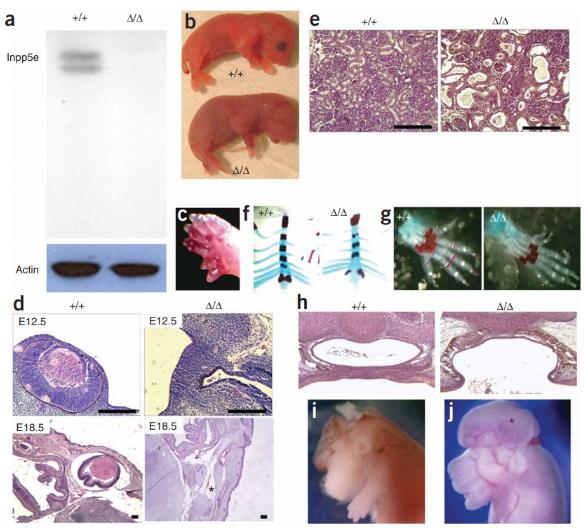 Constructing a suitable mouse model is necessary to study the molecular mechanism of genes and the link between genes and diseases. The rapid  updates and improvements to model construction methods provide researchers more choices when developing a research model for their study.

The Inpp5e gene plays a crucial role in modulating phosphoinositide homeostasis and has been implicated in the processes of mammalian neurulation and ciliogenesis.

Here researchers studied the role of Inpp5e gene in ciliogenesis during embryonic neurodevelopment using inositol deficiency neural tube defects (NTDs) mouse and cell models. They used confocal microscopy and scanning electron microscopes to examine the number and the length of primary cilia. Additionally,  immunohistochemistry, western blot, polymerase chain reaction (PCR), and real-time quantitative PCR (RT-qPCR) were used to validate the candidate genes in models. The results showed that the expression levels of Inpp5e gradually decreased in the forebrain tissues of the control embryos, but no stable trend was observed in the inositol deficiency NTDs embryos. In summary, these findings suggested that down-regulation of Inpp5e might be associated with abnormal ciliogenesis during embryonic neurodevelopment, under conditions of inositol deficiency. 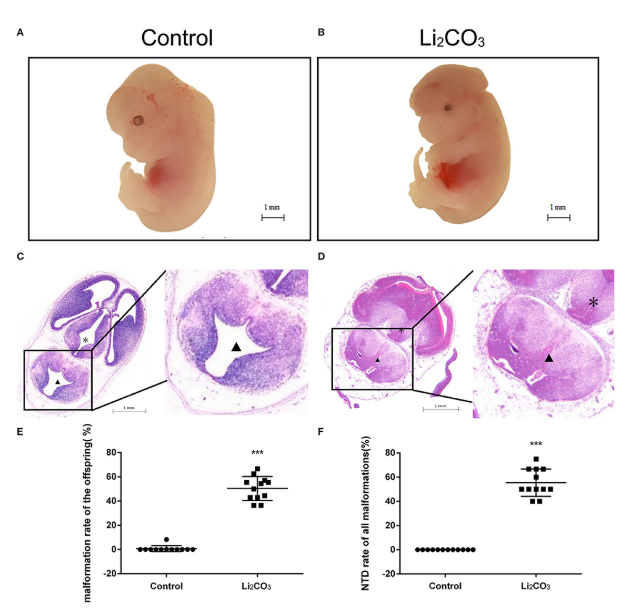 Mutations in the INPP5E gene cause ciliopathic phenotypes such as Joubert syndrome (JBTS), which is characterized by neural tube defects and polydactyly. [3] The primary cilia, a sensory organelle presented in most mammalian cells, play important roles in the process of embryonic development. [4~5] Abnormal expression of INPP5E might interrupt the formation of primary cilia under conditions of inositol deficiency. The exact mechanism of INPP5E expression in regulating ciliogenesis under the inositol deficient condition needs to be further studied.

The possibilities and applications of the Inpp5e mouse model seem limitless. What role does Inpp5e play in cilia development, and will it be the next target for the treatment of rare diseases affecting embryonic development, such as JBTS? Cyagen customizes exclusive mouse models for researchers.

Contact us to see what research model strategies our experts have for your next study.