Huntington's disease (HD) is a rare, progressive brain disorder that is inherited in an autosomal dominant manner - this disorder is caused by a defective huntingtin (HTT) protein that changes the brain, causing patients to experience problems with behavior, thinking and involuntary movements. The HTT gene encodes the huntingtin protein and is the primary pathogenic gene of Huntington's disease. In this article we review the functionality of HTT, and explore its role in targeted gene therapy for Huntington's disease, presenting brief insights on HTT gene research.

A defective HTT (huntingtin) gene directly causes to the developmental pathology of Huntington disease (HD) – the gene defect involves extra repeats of a specific chemical code, CAG, in its pathogenic region (exon 1). In the normal HTT gene, there are less than 35 consecutive CAG trinucleotide repeats, encoding a polyglutamic acid, located in exon 1. When the CAG repeat number is more than 35, the incidence of HD will rise along with the increase in CAG repeat numbers. At present, the HD incidence rate among Caucasians in Europe and America is 0.005%~0.01%. Patients with HD usually present multiple behavioral difficulties, such as in movement, cognition, and emotions. Despite discovering the defective gene known to cause HD in 1993, and the subsequent in-depth research studies on HD-related neurodegeneration, there are still no therapeutic drugs for HD on the market. As researchers elucidate the functionality of huntingtin protein, there is hope that such discoveries may offer insights into a wide range of brain disorders, such as Parkinson’s disease (PD), Alzheimer’s disease (AD), and amyotrophic lateral sclerosis (ALS).

The human HTT gene is located on the short arm of chromosome 4 - it has a length of 180bp and contains 67 exons. The pathogenic site of Huntington's disease is in the first exon (exon 1) of HTT, with most of the mutations being haplotype A1, A2 and A3. The important regions of huntingtin (HTT) protein include: the N-terminal polyglutamine (polyQ) region, the polyproline region, and the three HEAT regions with the most amino acids. The huntingtin protein has recognition sites for various proteasomes, Caspases, and Calpain. In normal circumstances, huntingtin can be hydrolyzed into two segments by Caspases, and the two segments can combine to perform their own functions. In HD-related pathological conditions, not only is the expression of HTT is increased and its free N-terminal products are easier to aggregate, but at the same time, the C-terminal fragments will also produce a certain degree of toxicity. 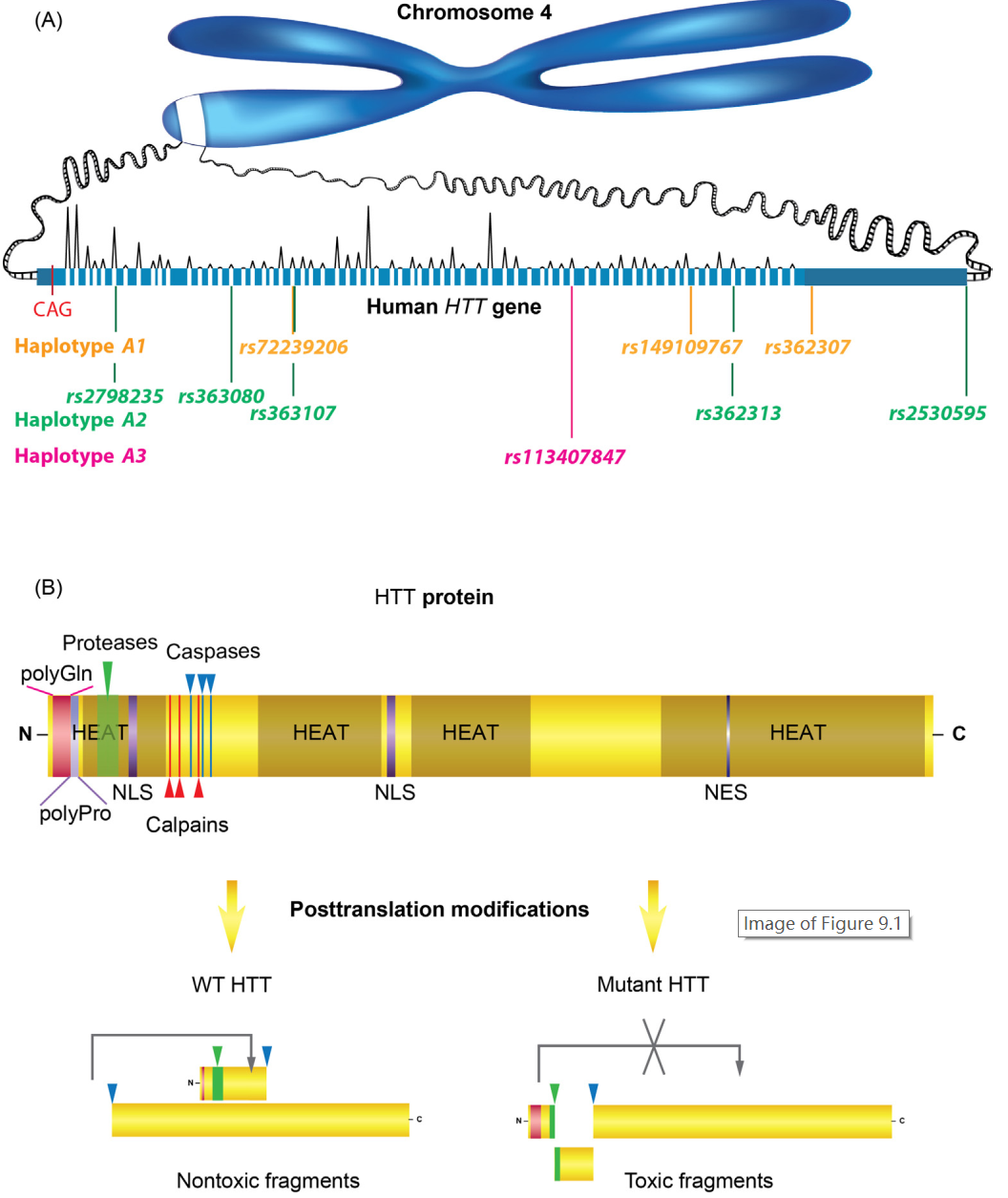 Figure 1: A) Human Huntingtin gene, HTT, and B) its protein, huntingtin (HTT), with an overview of posttranslational modifications.

Normal HTT can promote the transcription of BDNF and the transport of BDNF in the cortex and striatum axons. When BDNF is released into the cortico-striatal synapse, the TrkB receptor in striatum will be activated, resulting in the endocytosis of TrkB. Upon the endocytosis of TrkB, Dynein, Dynactin and Kinesin-1 are recruited to form a complex that activates Erk1/2 and promotes the survival of neurons. 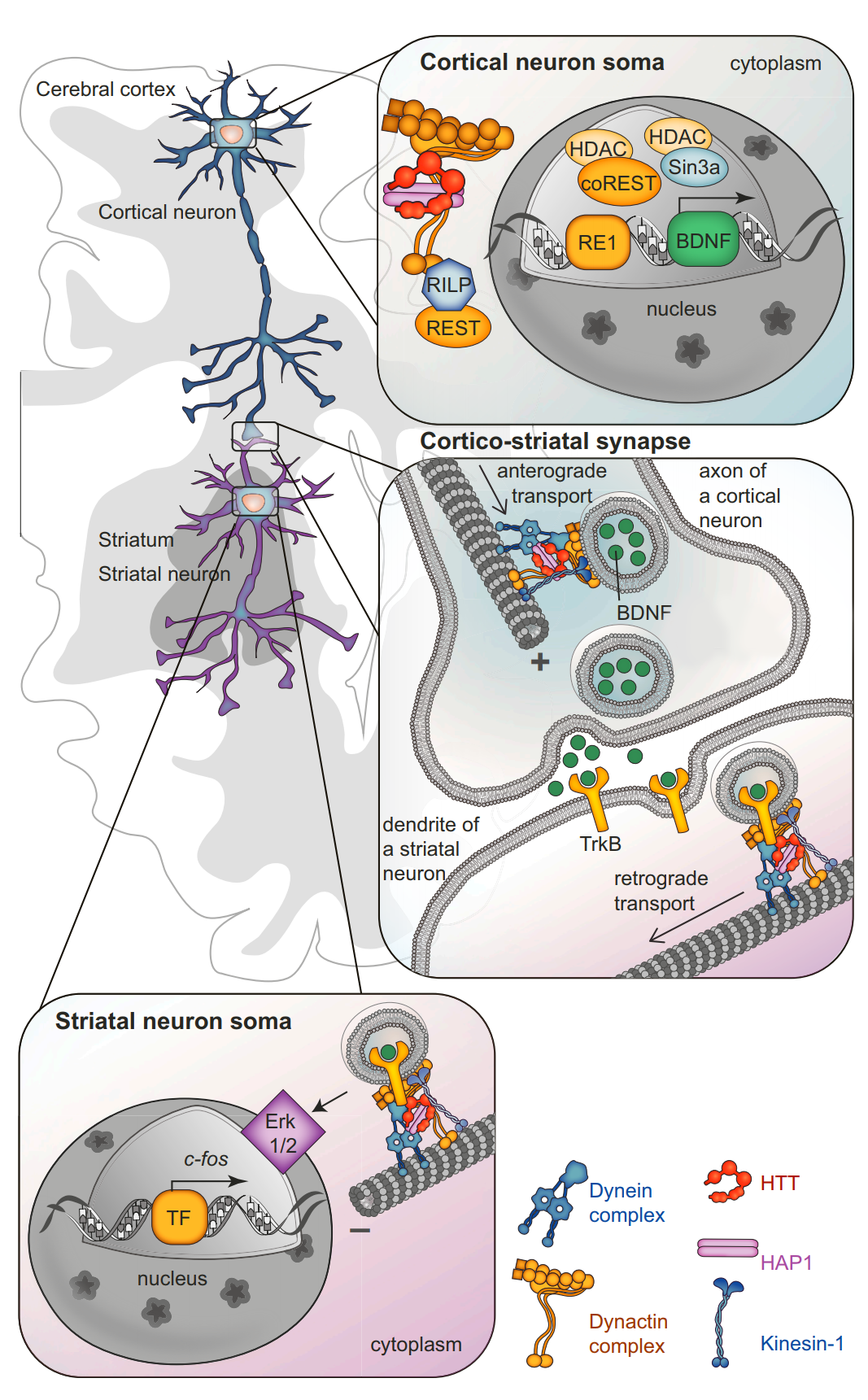 Figure 2. HTT Regulates the Function of the Cortico-Striatal Connection

Figure 3. Expression of Human HTT and mouse Htt gene mRNA (relative expression values). This gene is undoubtedly expressed at an absolute high level in human and mouse brain tissues. HTT mRNA is also highly expressed in the testis, skin, spleen, and lungs. In addition, the expression in thymus is relatively high. (The expression information is normalized relative value rather than direct PRKM data. The comparison above is normalized within the same species; exact expression level values between mice and human are not to be compared) Data source: NCBI.

With the advancement of HTT gene and huntingtin protein function research alongside rapid development of nucleic acid drugs and genetic engineering technologies, there will be more convenient, safer, and more effective therapeutic drugs that will succeed in clinical trials and move toward widespread therapeutic use.

With more than 15 years’ experience in genetic engineering, Cyagen is an established provider of custom mouse models of neurological and neurodegenerative diseases, including Huntington’s disease (HD). Cyagen is committed to enabling the development of therapeutics for neurodegenerative diseases by delivering genotype-guaranteed animal models to study disease mechanisms, target validation, drug screening and more.