The author constructed a mouse model of RPGR mutation. After confirming the representative phenotypes of the model by phenotypic analysis, the repair system was delivered to the diseased model mice by rAAV. Homology-directed repair (HDR) was used to demonstrate the good therapeutic effect of AAV-CRISPR/ Cas9-mediated gene editing therapy. The study discovered a gene therapy method for XLRP caused by mutations in the RPGR gene, bringing hope to patients living with this disorder.

❖The use of AAV-CRISPR/Cas9-mediated gene editing therapy can effectively prevent and treat symptoms such as photoreceptor cell degeneration.

The author designed two sgRNAs targeting exon 8 of the RPGR gene (Fig. 1A). Then the in vitro transcribed Cas9 mRNA and sgRNA were injected into the fertilized eggs of C57BL/6J mice to construct the RPGR knockout mouse model. And through Sanger sequencing analysis, it was confirmed that the model was successfully constructed (Fig. 1B).

The authors chose mice with a 5 bp deletion (c.974_978delAAATT; p.K325Nfs*1) in exon 8 (Fig. 1C) for next study. The expression and localization of RPGR was analyzed on WT mice, which showed rod-shaped immunoreactivity with brighter puncta at connecting cilia. Whereas, no RPGR staining was detected in RPGR knockout retinas (Fig. 1D). Thus the 5-bp deletion results in inactivation of RPGR.

Figure 1. The construction and identification of RPGR knockout mouse model

The author went on to perform a careful phenotypic analysis of the 5bp deletion mouse model. By performing retinal fundus imaging of WT and RPGR knockout (KO) mice (Fig. 2A), it was found that RPGR KO mice developed multiple small, evenly distributed small yellow-white spots in all quadrants of the retinal fundus at 3 months of age. And as the photoreceptors degenerate, these spots become larger and converge. By 12 months of age, these spots become sparse, but hyperpigmentation is noticeable. 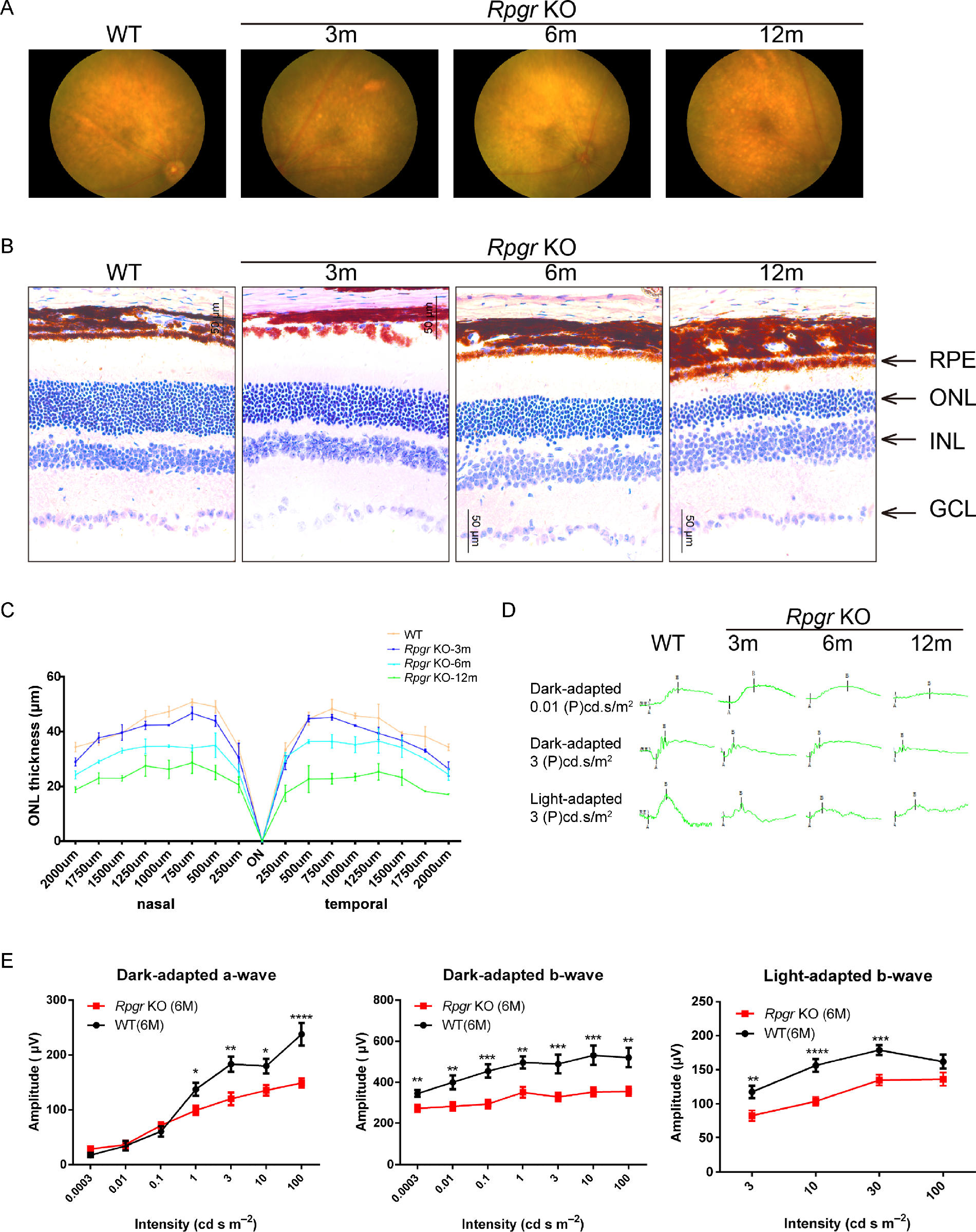 Figure 3. The degeneration of photoreceptor cells in RPGR knockout mice

4. The retinal degeneration caused by RPGR mutation can be effectively treated by AAV-CRISPR/Cas9 Figure 5. The retinal structure of the diseased mice recovered after 6 months of treatment

Retinal morphology was assessed at 12 months post-treatment, with RPGR and PNA staining spanning approximately three-quarters of the cross-section (Fig. 6A, 6B). The density of photoreceptor cells in the treated area was 261 nuclei/100 µm, three times that in the untreated area (87 nuclei/100 µm; Figure 6C). These data suggest that CRISPR/Cas9-mediated RPGR gene-editing therapy prevents photoreceptor degeneration and that this therapy persists for a long time.

Figure 6. The retinal structure of diseased mice after 12 months get more effective treatment

The research in this paper has a clear idea. First, a representative mouse model of progressive retinal degeneration is constructed, phenotypically validated, and then AAV is used to deliver the CRISPR/Cas9 repair system to the eye for effective treatment. It can be seen that the discovery of therapeutic targets for ophthalmic diseases requires effective disease models. Nowadays, mice are usually used as the object to construct disease models, which is determined by factors such as high homology with human genome, low cost, and mature model construction system. The development of treatment methods generally uses AAV to deliver gene fragments for treatment. Although the strategy of complementing effective gene fragments is commonly used today, CRISPR/Cas9 repair strategies for gene SNP mutation and other situations are also constantly being researched and developed.

It is sincerely hoped that with the efforts of all parties, more gene therapy methods will enter clinical trials and help the congenitally blind to see the dawn as soon as possible. You are welcome to contact us at 400-680-8038 or email to service@cyagen.us for free project consultations.

One-stop solution for gene therapy of Cyagen
Cyagen's one-stop gene therapy solution can provide researchers engaged in gene therapy with a more efficient one-stop overall solutions for gene function analysis, including target screening and functional research, animal model construction and viral vectors (such as design and packaging of AAV, LV, and ADV etc.), as well as full-process services such as breeding and phenotype analysis.