Many older adults experience a noticeable loss of vision as age increases, but the inability to see fine details in the center of vision may be a sign of age-related macular degeneration (AMD). When looking at a mobile phone or reading a newspaper, people with symptomatic AMD begin to notice that colors are less vivid and the text is not only blurred, but sometimes things will become an indistinguishable mass. Later, not only the text, but also the portraits and landscapes began to become crooked or wavy. People often mistakenly think that this is the aggravation of presbyopia; in fact, these are likely to be symptoms of macular degeneration.

01 What is Age-related Macular Degeneration?

Age-related macular degeneration (AMD) is the main cause of permanent and irreversible vision loss in the elderly. It is a degenerative disease of the macula that causes central vision loss in patients, which influences patients' visual functions, such as reading, driving, face, and color recognition. However, many people with early or intermediate AMD show no symptoms, so they don’t realize they have the disease until their vision becomes very blurry. Macular degeneration is a multifactorial disease and its related mechanism is still being explored, but it is believed that long-term light damage, genetics, metabolism, chronic inflammation, immune response, and other factors can all lead to the occurrence of AMD.

Dry AMD causes changes in the retinal pigment epithelium, typically seen as dark pin-spotted areas. The pathogenesis is the slow progressive atrophy of photoreceptors, retinal pigment epithelium (RPE), and choriocapillary layer. A simple analogy is that something similar to age spots grows in the macular area, called drusen. These drusen can result in the loss of central vision, although they do not cause total blindness. The onset of dry AMD tends to be relatively slow, with no symptoms in the early stage, followed by gradual loss of binocular vision, and visual distortion.

Wet AMD develops new abnormal blood vessels under the retina in a process called choroidal neovascularization (formation of abnormal blood vessels). Wet AMD progresses rapidly, and if it is not treated in time, vision will decline rapidly in a short period of time, and even lead to blindness.

The construction of AMD animal models is of great significance to deeply understand its pathogenesis. Cyagen can provide animal models of AMD constructed by gene editing, laser modeling, drug induction, and more. 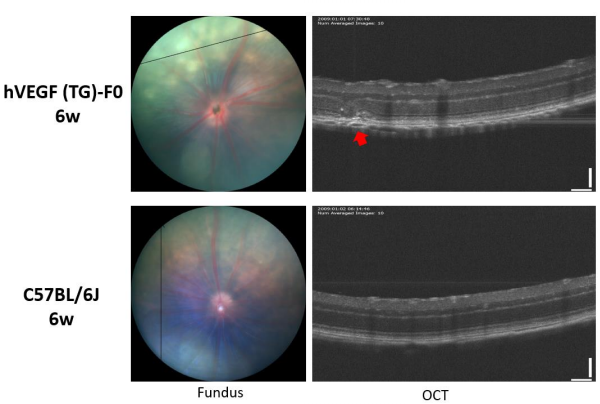 Figure 4.  The electroretinogram (ERG) results of 6-week-old hVEGF mice (F0 generation, TG); compared with C57BL/6J mice of the same age, the ERG results of F0 generation hVEGF mice showed no such difference, which means the current degree of lesions has not affected the photoreceptors.

Through classical laser photocoagulation, Cyagen uses a laser to destroy the outer retina and Bruch's membrane, resulting in the formation of choroidal neovascularization (CNV), which mimics the hallmark pathology observed in neovascular AMD (a.k.a. wet macular degeneration). The incidence of CNV can be evaluated by Fundus fluorescein angiography (FFA), OCT scan, and pathological tissue slide observation. 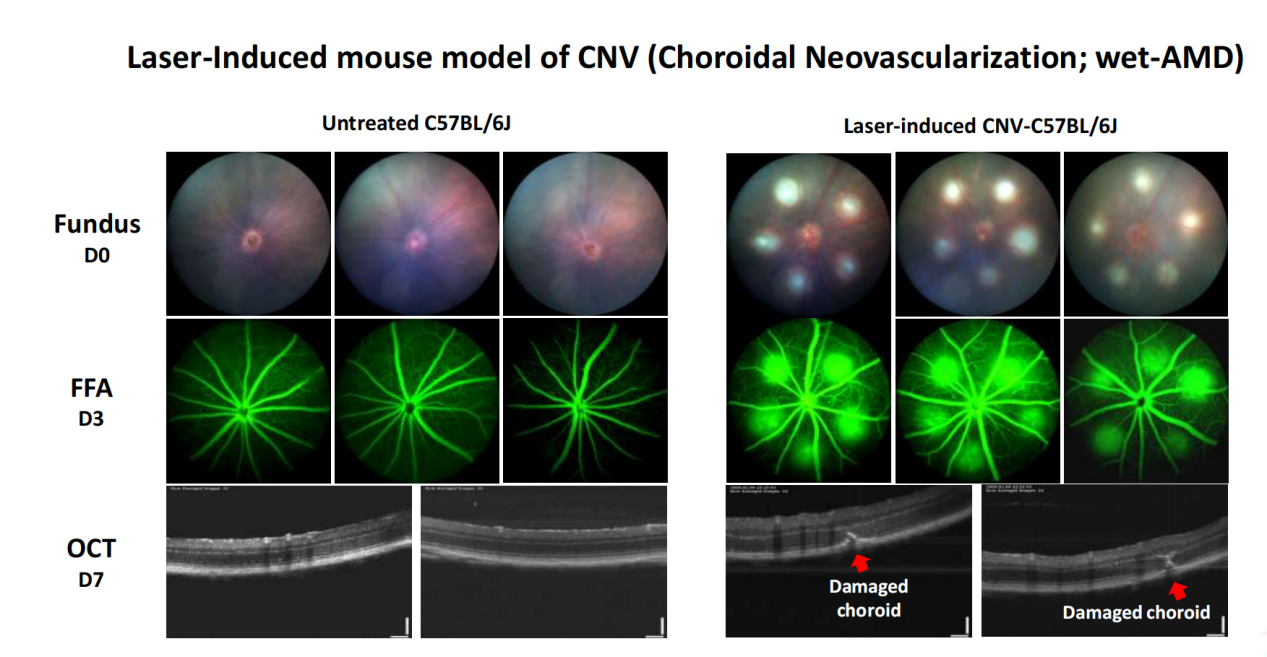 Figure 5. Laser-induced CNV (choroidal neovascularization) results in targeted laser damage by fundus laser photocoagulation of RPE and Bruch's membrane which induces angiogenesis that mimics the hallmark pathology observed in neovascular AMD. FFA performed 3 days after surgery showed that there was significant fluorescein leakage at the stimulated spot with clear outline, but compared with the gene editing (transgenic) model, the lesion persisted for a shorter time, making the operation more difficult and less repeatable.

Figure 6. The efficacy test results of Aflbercept, injected through the vitreous cavity, are shown in the figure above. 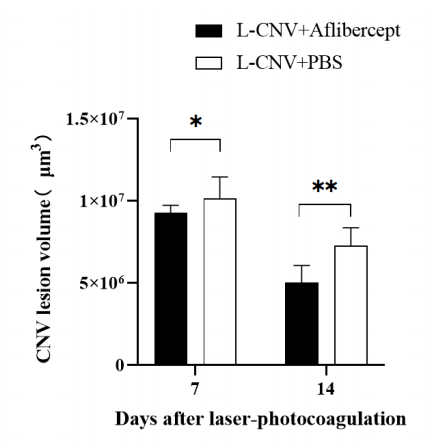 Figure 7.The OCT test showed that after Aflibercept injection, the volume of L-CNV lesions on D7 and D14 days was significantly reduced compared to the data of PBS injection control group.

Cyagen uses sodium iodate NaIO3 to induce a dry AMD mouse model. After injecting NaIO3 into the tail vein of mice, the phenotype of dry AMD (dAMD) appears, that is, progressive macular degeneration of retinal pigment epithelium (RPE) and photoreceptors. 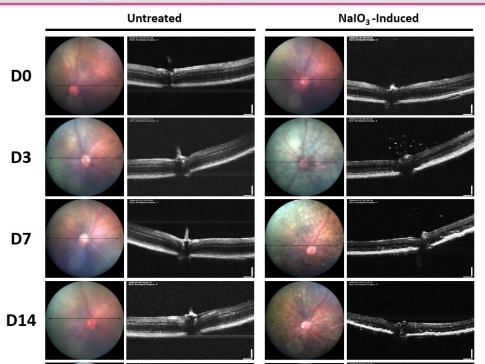 Figure 8. Ophthalmoscopy images of mice treated with NaIO3 on days 3, 7, and 14 showed an increase in the area of retinal pigment loss compared to D0, and OCT images showed that their total retinal thickness was significantly lower than that before treatment at D0. 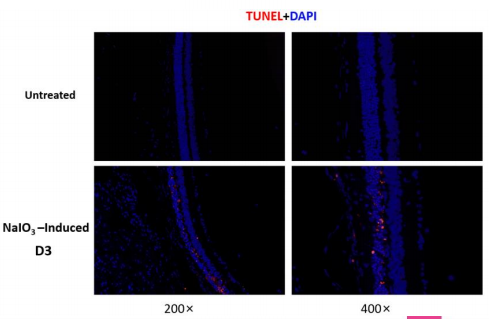 Figure 11. Retinal function was analyzed by ERG recordings 3 days after NaIO3 injection, and dark-adapted and light-adapted a- and b-wave amplitudes were significantly reduced in NaIO3-treated groups compared to untreated controls.

In addition to animal models, Cyagen can also provide a series of pre-clinical ophthalmic pharmacodynamics analysis services, including eye injection and administration, material sampling, detection and analysis, efficacy evaluations, and more. You are welcome to contact us at 800-921-8930 or email to animal-service@cyagen.com for free project consultations.

In addition to animal models, Cyagen has developed an ophthalmic gene therapy platform to solve the long-term difficulties faced by ophthalmic gene therapy. Our platform is equipped with high-end refined small animal ophthalmic equipment and senior professional staff to provide comprehensive pre-clinical ophthalmic pharmacodynamics analysis services, including eye injection and administration, material sampling, detection and analysis, efficacy evaluations, and more. You are welcome to contact us at 800-921-8930 or email to animal-service@cyagen.com for free project consultations. 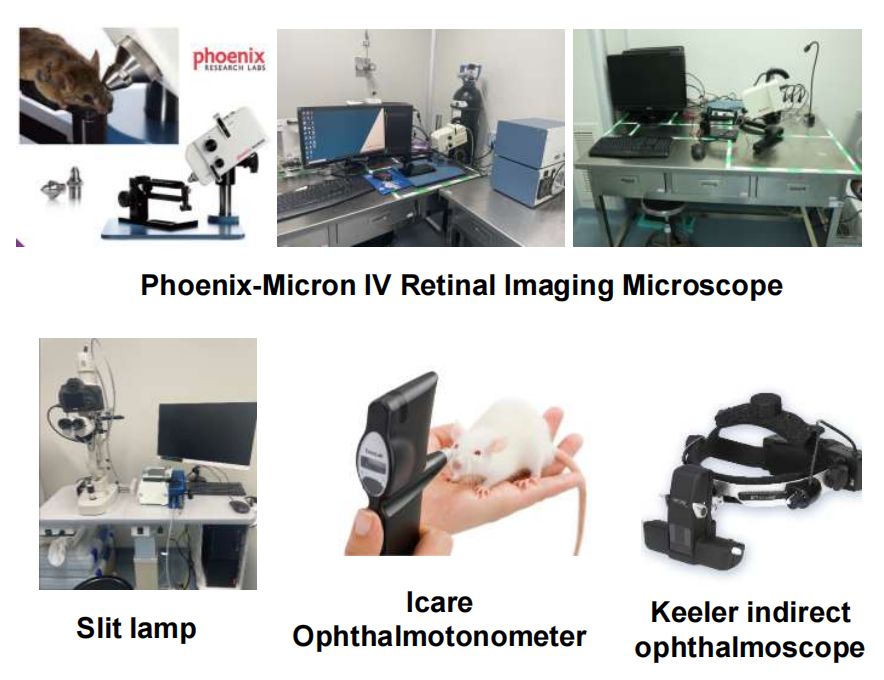 It is sincerely hoped that with the efforts of all parties, more gene therapy methods will enter clinical trials and help the congenitally blind to see the dawn as soon as possible.