A Study on The Mechanism of Achromatopsia

Rare Diseases Are Not Uncommon

The detailed introduction to Achromatopsia (ACHM)

Patients with achromatopsia (ACHM) have abnormal color discrimination on the three color vision axes corresponding to the three cone cells. The patient's three cones, which sense red, green and blue, are completely inoperative, so they cannot distinguish between different colors. In addition to this, patients have visual impairments, with an average visual acuity of 20/200, and usually have refractive errors, mainly hyperopia.

Due to an increased sensitivity to light, patients with achromatopsia also show symptoms of photophobia, which is evident when the patient is in infancy. The patient also has the pendulum nystagmus phenomenon that stabilizes with age. The fundus of most patients is generally normal, and electroretinogram detection can find that the response of cone cells is extinguished, while the response of rod cells is basically normal. OCT examination showed reduced macular volume and central scotoma in the patient's visual field.

Clinically, the identification of achromatopsia requires some differentiation from retinal diseases such as blue cone monochromacy, progressive cone dystrophy, red-green color blindness, and cortical blindness. Multiple genes can cause achromatopsia, such as cyclic nucleotide-gated channel α3 (CNGA3), cyclic nucleotide-gated channel β3 (CNGB3), and guanylate-binding protein alpha transducing active peptide 2 (GNAT2). The proteins encoded by these three genes play important roles in cone-mediated phototransduction pathways. CNG channels are usually located on the plasma membrane of the extracellular segment of photoreceptors, at the end of the phototransduction cascade pathway, and generate ion currents through light stimulation. The GNAT2 protein can be activated by rhodopsin. In addition to this, mutations in phosphodiesterase 6C (PDE6C) and phosphodiesterase 6H (PDE6H) can also lead to achromatopsia. These two proteins convert cGMP to 5'-GMP, which plays an important role in visual conduction in cone cells. In the phototransduction cascade, the optical signal will first activate the visual pigment molecule, and then the activated visual pigment molecule is coupled to the G protein, and the binding of GNAT2 can promote the conversion of GDP to GTP, then the inhibitory β/γ subunits released from the coupled complex. The activated GTP transduction protein activates cone phosphodiesterase (PDE6C and PDE6H), and the activated phosphodiesterase hydrolyzes cGMP effectively reducing the intracellular cGMP concentration. Since the occupancy of cGMP binding sites on each heterotetramer subunit regulates pore formation, this results in  closure of the somatic cGMP-gated cation channel (CNGA3/CNGB3 subunits), which results in membrane hyperpolarization.

Disease-causing genes and mutations
Most of the mutations causing achromatopsia either disrupt G-protein signaling (GNAT2) or cGMP gated cation channel function (CNGB3 and CNGA3), while mutations in cone phosphodiesterase (PDE6C and PDE6H) are involved to a lesser degree.

The gene is located on  human chromosome 2 and consists of 8 exons, encoding 694 amino acids. It is a phototransduction pathway determinant and contains multiple functionally conserved domains, which are expressed in olfactory sensory neurons, cerebral cortex, pineal gland, and non-neural tissues such as the kidney, lung, colon, and heart.

The CNGA3 gene currently has 4 highly researched mutation points (p.R277C, p.R283W, p.R435W, p.F547L), which accounts for about 40% of total mutations. Studies have shown that CNGA3 gene mutations not only cause achromatopsia, but also contribute to development of incomplete achromatopsia and severe progressive cone dystrophy. Mutations in this protein result in the failure of cGMP to activate ion flux, and the full-length protein becomes trapped in the endoplasmic reticulum, resulting in loss of channel function. Some mutations can lead to protein misfolding and affinity for binding to cAMP. The normal function of CNGA3 relative to the cyclic nucleotide–gated (CNG) ion channel is more important because CNGA3 alone can form a functional channel, but the channel function may have some changes.

The gene is located on human chromosome 1 and consists of 8 exons, encoding 354 amino acids. Most mutations lead to premature translation termination and protein truncation. There are multiple sites at the carboxy terminus that interact with rod photopigments. However, this gene mutation only causes less than 2% of achromatopsia patients, and one of the mutation points is c.461+24G>A, which leads to a decrease in the proportion of correct transcripts.

The gene is located on human chromosome 12 and consists of 4 exons, encoding 83 amino acids. Mutations in this gene such as S12X can cause incomplete achromatopsia.

Cpfl5 mouse is a mouse model of achromatopsia discovered by Jackson Lab, which is similar to the autosomal recessive mutation of human achromatopsia type 2 (achromatopsia 2), which is caused by the Thr164Ala mutation in exon 5 of the CNGA3 gene.

Cngb3 knockout mice exhibited loss of CNG function and selective loss of cone-mediated light responses, accompanied by progressive degeneration and even death of cones. There are also Gnat2 and Pde6c gene knockout mouse models for achromatopsia research targeting mutations in those genes.

At present, AGTC has developed two drugs for the treatment of achromatopsia. Preliminary results show that these two drugs (AGTC-401 and AGTC-402) are safe and well tolerated in patients with achromatopsia. The drug is packaged with human CNGB3 and CNGA3 genes using recombinant adeno-associated virus AAV vector and injected under the retina. Some patients have adverse reactions. In the high-dose group, photosensitivity and dark-light adaptability have been improved for some patients.

MeiraGTx has also developed gene therapy methods for achromatopsia caused by mutations in CNGB3 and CNGA3 genes, both in Phase 1/2 clinical trials. AAV-mediated therapy targeting CNGB3 has been granted Orphan Drug Designation and Rare Pediatric Disease Designation by the FDA and EMA.

Some studies have reported Cpfl5 mice injected with virus-mediated gene therapy into the subretinal cavity when they were 3 weeks old, the subsequent electroretinogram detected the subject could respond to the current. Because the gene was relatively small, it could be directly encapsulated in the virus.

Some researchers used the Easi-CRISPR system or ES targeting to insert a mini-STOP element in the intron between exon 5 and exon 6, and some of the truncated proteins could also rescue the mouse phenotype.

In 2020, a German research team reported the clinical trial results of gene therapy for people with achromatopsia type 2 in JAMA Ophthalmology (NCT02610582) and obtained positive experimental data. The researchers used AAV8 to package the human-derived functional CNGA3 gene and performed subretinal injection to make the cone cells express the functional CNGA3 gene to compensate for the abnormal cone cell function caused by the loss of CNGA3 protein. The experimental results showed that the gene therapy observed few substantial safety issues, and showed some improvement in nine treated eyes, with an average visual improvement of 2.9 letters.

RDDC facilitates research for rare diseases such as Angelman syndrome (AS) 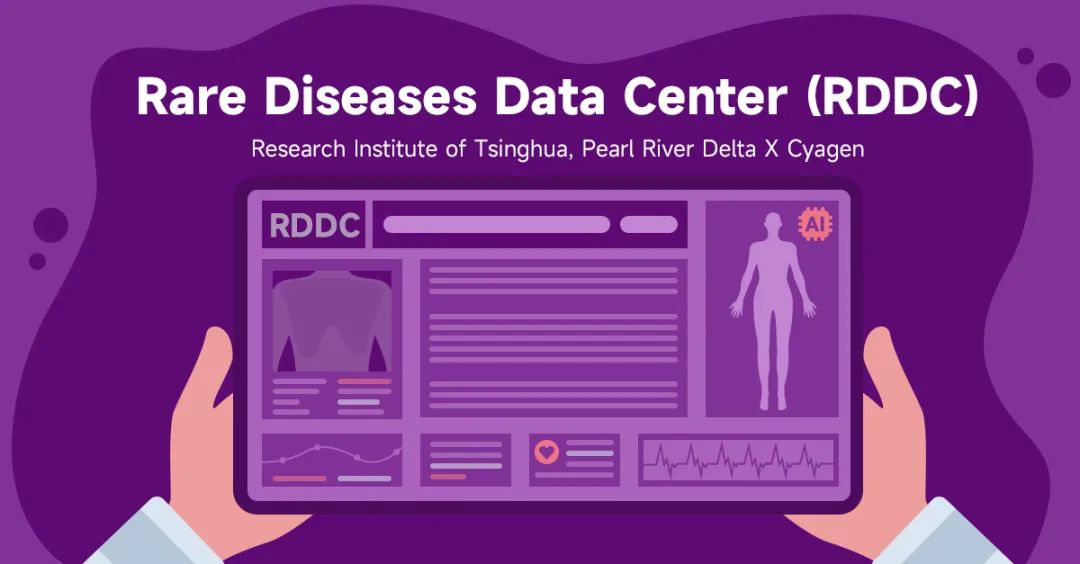 After logging into the RDDC, users can fully access information about the corresponding rare diseases, but also use various AI tools to predict the pathogenicity and splicing site changes. These AI tools aim to help accelerate the research on the diagnosis and treatment of rare diseases and the development of treatment plans. Researchers worldwide are welcome to log into the website (rddc.tsinghua-gd.org) to access the database and use the AI tools!

*Disclaimer: RDDC data and tools are only for scientific research and reference only, and cannot be used as the conclusion of medical diagnosis and evaluation.

It is sincerely hoped that with the efforts of all parties, more gene therapy methods will enter clinical trials and help patients with congenital eye disease and blindness to see the dawn as soon as possible. Welcome to call 800-921-8930 or email to animal-service@cyagen.com or contact us for online consultation. Learn more about ophthalmic gene therapy solutions from Cyagen by visiting One-Stop Preclinical Ophthalmology Research Solutions.